Visit NBCNews.com for breaking news, world news, and news about the economy

The United States’ first national monument to a soldier’s best friend, recognizing the sacrifices of dogs in combat, was dedicated by the U.S. military on Monday. Inscribed with the words “Guardians of America’s Freedom,” the nine-foot tall bronze statue at Lackland Air Force Base in San Antonio, Texas, features four dogs and a handler. “These dogs were patriots just as much as anybody else who served,” said military dog handler John Baker of Fallon, Nevada, whose 212th Military Police Company Detachment A was known as “Hell on Paws.”

Among the speakers at the event was SSgt. Leonard Anderson (BELOW). The heroism of Anderson and his MWD, Azza, was featured in the film, GLORY HOUNDS. 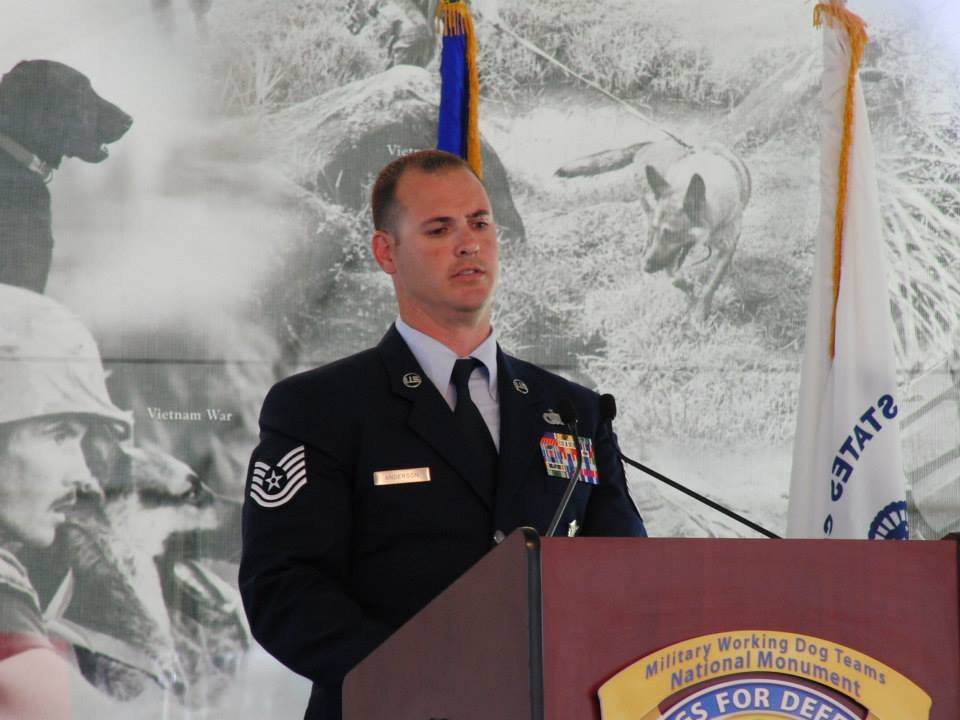